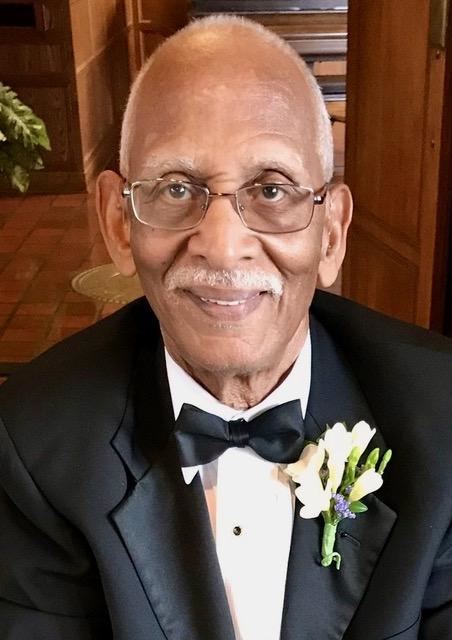 Please share a memory of Lewis to include in a keepsake book for family and friends.
View Tribute Book
WEBSTER, NY – September 25, 2022 at age 85. Mr. Allen was born August 9, 1937 in Monroe, LA. He is the son of the late Lewis Edwin Allen and the late Aurelia (Lavizzo) Allen. He grew up in Queens, NY. After graduating from The Bronx High School of Science in 1954, he earned his BS in chemistry from Queens College (CUNY) in 1958 and his PhD in chemistry from Syracuse University in 1963. He began his career teaching at Florida A & M University in Tallahassee, FL, before coming to Rochester where he worked at Kodak until retiring in 1992. Following retirement, Lew pursued his love as an educator by mentoring at Empire State College and by teaching chemistry labs at SUNY Brockport and SUNY Geneseo and later, by serving as an adjunct professor at Monroe Community College. Lew touched many lives and was loved, respected, and admired by his family, friends, students, and coworkers alike. His passion was bridge where he achieved ACBL Gold Life Master ranking in 2004. An active member of the Sigma Pi Phi Fraternity (The Boule) and a member Kappa Alpha Psi Fraternity, he also relished reading, sports, cruising, photography, family history, Jeopardy, and Wheel of Fortune. He was an avid fan of the Buffalo Bills. Lew was a member of the American Chemical Society for over 60 years. Through the ACS’s SEED (Summer Educational Experience for the Disadvantaged) program, he was devoted to exposing high school students to careers in science. A special thanks to Pamela, Sue, and John from Home Instead who cared for him as a loving family member. In addition, we are grateful for the support of Sherri and the rest of the Rochester Regional Health Hospice team. According to his wishes, Lew’s body was donated to the Anatomical Gift Program of the University of Rochester Medical School for medical research. Lew died peacefully at home surrounded by his family. He is survived by his devoted wife of 58 years, Diane; children Adrienne (Alex Jones), Gail Erica, Gregory (Dara); grandsons Samuel, Evan, and Micah; brothers Donald (Lynn Barneich) and Kent (Migdalia); cousins, nieces, nephews, other relatives and friends. A Celebration of Life will occur on Saturday, October 15, 2022 at 2 PM at Memorial AME Zion Church 549 Clarissa Street, Rochester, NY. In lieu of flowers, donations in Lew’s memory can be made to the “ACS Project SEED” American Chemical Society Office of Philanthropy 1155 Sixteenth Street NW, Washington, DC 20036 (acs.org).
To send flowers to the family or plant a tree in memory of Lewis Allen, please visit Tribute Store
Saturday
15
October

Look inside to read what others have shared
Family and friends are coming together online to create a special keepsake. Every memory left on the online obituary will be automatically included in this book.
View Tribute Book
Share Your Memory of
Lewis
Upload Your Memory View All Memories
Be the first to upload a memory!
Share A Memory
Send Flowers
Plant a Tree