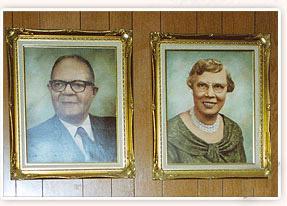 The Latimer Funeral Home was founded in 1922. Millard E. Latimer Sr., the first Afro-American graduate of the Syracuse School of Embalming. He was later joined in business by his wife, Lydia M. Latimer, who became a licensed Undertaker in 1934. At that time the business was located at 179 Clarissa Street and later in the 1960s, moved to 983 S. Plymouth Avenue, our present location.

Millard E. Latimer & Son Funeral Directors, Inc. has been family-owned and operated for over 93 years. We provide your family the unique opportunity to receive our expert knowledge, experience and support.