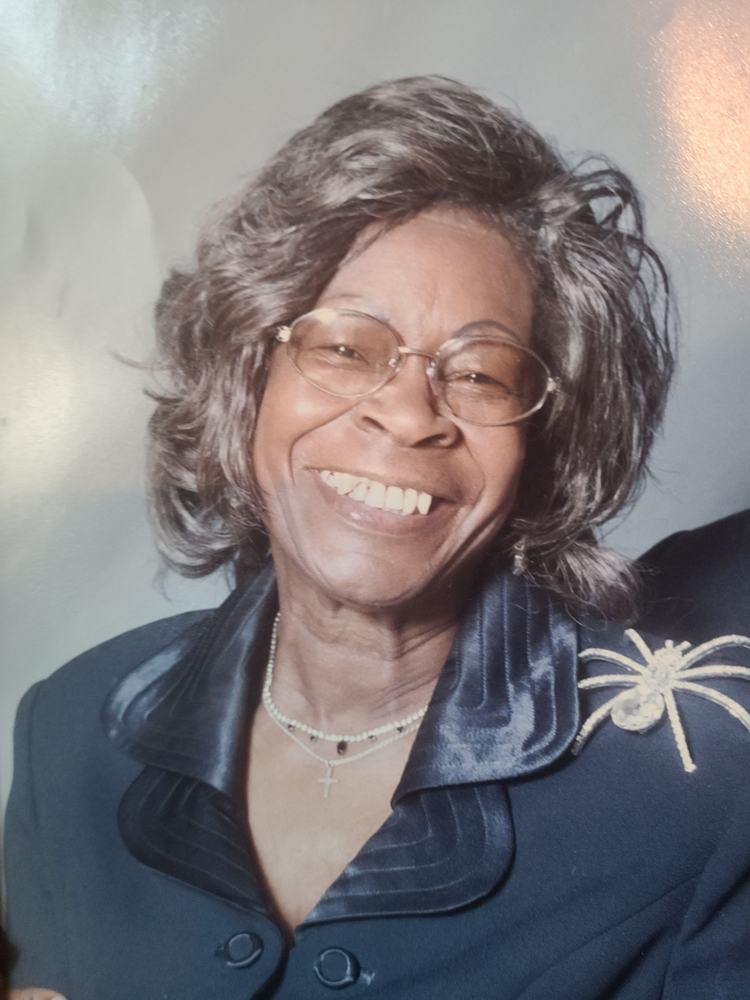 Please share a memory of Bertha to include in a keepsake book for family and friends.
View Tribute Book
Sunrise (July 12, 1935) - Sunset (September 8, 2022) Bertha Smith-Isreal was born and named Bertha Lee Elizabeth Dillard – one of 19 children born to the late Will and Mary Ann Dillard. She was born in Rome, Alabama, the 15th child of the Dillard clan. She was 87 years old. Both her parents were missionary ministers in the House of God church, a Pentecostal denomination headquartered in Nashville, Tennessee. She was baptized in the faith and received Christian education and instruction through the denomination. Before moving from the South to the North as part of the historic Negro migration, the family managed and farmed more than a dozen acres in Andalusia, Alabama where she attended public schools, including the Andalusia County Training School where she received a high school certificate. She moved to Rochester, New York with her family in 1951. In 1953, she married high school sweetheart Percy Lang, now deceased. She later married Robert Smith, now deceased. For the last 27 years, she was married to James Isreal, who is affectionately known in the family as Papa James. She would often joke of Papa James that she "saved the best for last." During her employment years, she worked at Sibley's Department Store, Bausch and Lomb and Stromberg-Carlson, all companies in Rochester. After suffering a series of debilitating strokes beginning in 1973, she became entrepreneurial and managed or partnered in several establishments, including a local nightclub, The Kitchen Soul Food restaurant, an in-home childcare center and a women's apparel shop called Fashions Beyond. During her senior years, she rejoined the church of her youth and became active in church activities. When able, Sister Isreal, as she was known in her church, would frequently attend the church's annual conventions in Tennessee. "I wasn't always saved, but my parents taught me to always love the Lord," she would say. Ms. Bertha, as she was known in the community, was a caring yet feisty woman, known for speaking her mind and encouraging young people to be active in the civic process. She insisted that everyone in her house had to vote and would take her great grandchildren to the voting booth with her to show them how it worked. She was fiercely independent and proud of her blended family. She is survived by her husband, James Isreal; a sister, Gladys Burke of Rochester; a brother, Chicko Dillard of Rochester; three children: son, Perry Lang and his partner Kenneth Monteiro of California; son, Dennis Clyde Lang and, daughter, Victoria Lang, both of Rochester; two grandchildren: DaTwan (Lang) Dixon and his wife Winona of Rochester; Neachan Grayson of Columbus, Ohio; three great grandchildren: Jakim Harvey of Columbus, Ohio and Twanda Dixon and Aaliyah (Leelee) Dixon of Rochester; three step-sons, Frankie Isreal of California, Donald Isreal and wife Charline of Rochester and James Isreal Jr. of Rochester; two adopted grandchildren: Phylicia Council and Tiara Jenkins, both of Rochester. In addition, she is also mourned by the following: Dillard family sisters-in-law: Rudine Dillard of South Carolina; Clarine Dillard of Rochester and Tina Dillard of Rochester. Lang family brother-in-law: Eddie Lang and wife Ruby of Florence, South Carolina. Smith family sisters-in-law: Maggie Smith of Rochester; Virginia Devine of Rochester and Minnie Harris of Avon Park, Florida. Isreal family brothers-in-law: John C. Owens of Mullins, South Carolina; Bob Owens of West Palm Beach, Florida; Ernell Owens of Florence, South Carolina and a sister-in-law: Eloise Dunkins of Mullins, South Carolina. Godchildren: Sylvester Jacque, Luther Flowers, Robert Colvin, Tina Herd, all of Rochester. Daycare children: Candis, Shelley, Antwon, Shema, Dawn, Melody, Chris, Steve, Chris, Jasmine, Alexis, Malteese. She is also remembered by a host of nieces and nephews whose many pictures hang on walls in her home as a testament to her love. Final viewing will be Friday, September 23, 10:00 AM – 11:00 AM at Abundant Life Faith Center, 427 Jefferson Avenue. Homegoing service to follow. A private family internment is planned. Poem: Fill Not Your Heart with Pain and Sorrow by Joey Beighley "Fill not your heart with pain and sorrow, but remember me in every tomorrow. Remember the joy, the laughter, the smiles, I've only gone to rest a little while. Although my leaving causes pain and grief, my going has eased my hurt and given me relief. So dry your eyes and remember me not as I am now, but as I use to be. Because I will remember you all and look on with a smile, Understand, in your hearts, I've only gone to rest a little while. As long as I have the love of each of you, I can live my life in the hearts of all of you." ~ Joey Beighley
To send flowers to the family or plant a tree in memory of Bertha Lang-Smith-Isreal, please visit Tribute Store
Friday
23
September

Look inside to read what others have shared
Family and friends are coming together online to create a special keepsake. Every memory left on the online obituary will be automatically included in this book.
View Tribute Book
Share Your Memory of
Bertha
Upload Your Memory View All Memories
Be the first to upload a memory!
Share A Memory
Send Flowers
Plant a Tree