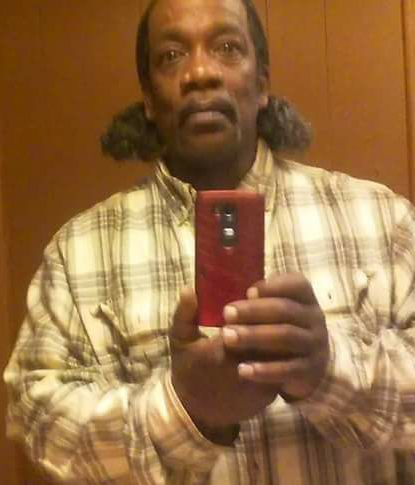 Please share a memory of Ricardo to include in a keepsake book for family and friends.
View Tribute Book
Mr. Jones was born July 8, 1964 in Bogalusa, LA. He is the son of the late Virgil and the late Mary Alice (Small) Jones. Ricardo Jones, aka "Magoo" to most of his family and friends, but "Rick" to all of his Rochester family was born on July 8th, 1964, to the late Virgil Jones and Mary Alice Keyes in Bogalusa, La. He then relocated to Rochester, NY in 1990 where he made it his home. Although he was an athletic person, he decided to use most of abilities in the culinary arts, which he took with him to New York. With these culinary skills, he did a lot of voluntary cooking at St. Josephs neighborhood center where he helped serve his community. Along with cooking, Ricardo had other hobbies he enjoyed as well. He loved listening to music, exercising and riding his bike. He also did odds and ends for the elderly in his neighborhood to once again show some of his humanitarianism. Ricardo shared a long and loving relationship with his lifelong companion and best friend Patricia Williams. They both referred to each other as "my ride or die". Ricardo and Patricia were members of the Pillar community church where they both, along with Pastor Devin Lyles helped clothe and feed the homeless. The two were inseparable as they were often seen relaxing out front and enjoying each other's company. One of the most admirable things about Ricardo is that he loved life, his family and his friends. And he did it his way! So, as we celebrate his life, we must recognize those that he left behind as he made his transition to be with the Lord. Ricardo was predeceased by a host of family members and Friends that will truly miss his presence, including Patricia Williams and her children (Mike, Brandon, and Patrice). His mother in love Gertha Allen. Two brothers Randy and Reginald (Scoobie) Small. Brothers and Sisters in love. Aunts and cousins that will miss him dearly. Honorable mention to some of closest friends; Pastor Devin Lyles who cared for Ricardo like a brother. He gave him hope and inspiration. Trevor Davis, and John Watson were known to be two of his closest buddies. And lastly, Rev. Raymond Mosby, a long-time childhood friend who made the trip to officiate today. Ricardo is gone only in body, but present in our hearts. He is cherished dearly within our memories, and he will always be with us in spirit. Go on and fly with the Angels good brother. We will be saddened, but we shed tears of joy. We love you so much, but God loves you best. A Memorial Service to Celebrate his life will be held 1:00 pm on Tuesday, August 30 at the Latimer Chapel. Interment Private. Masks required.
To send flowers to the family or plant a tree in memory of Ricardo Jones, please visit Tribute Store
Tuesday
30
August

Look inside to read what others have shared
Family and friends are coming together online to create a special keepsake. Every memory left on the online obituary will be automatically included in this book.
View Tribute Book
Share Your Memory of
Ricardo
Upload Your Memory View All Memories
Be the first to upload a memory!
Share A Memory
Send Flowers
Plant a Tree