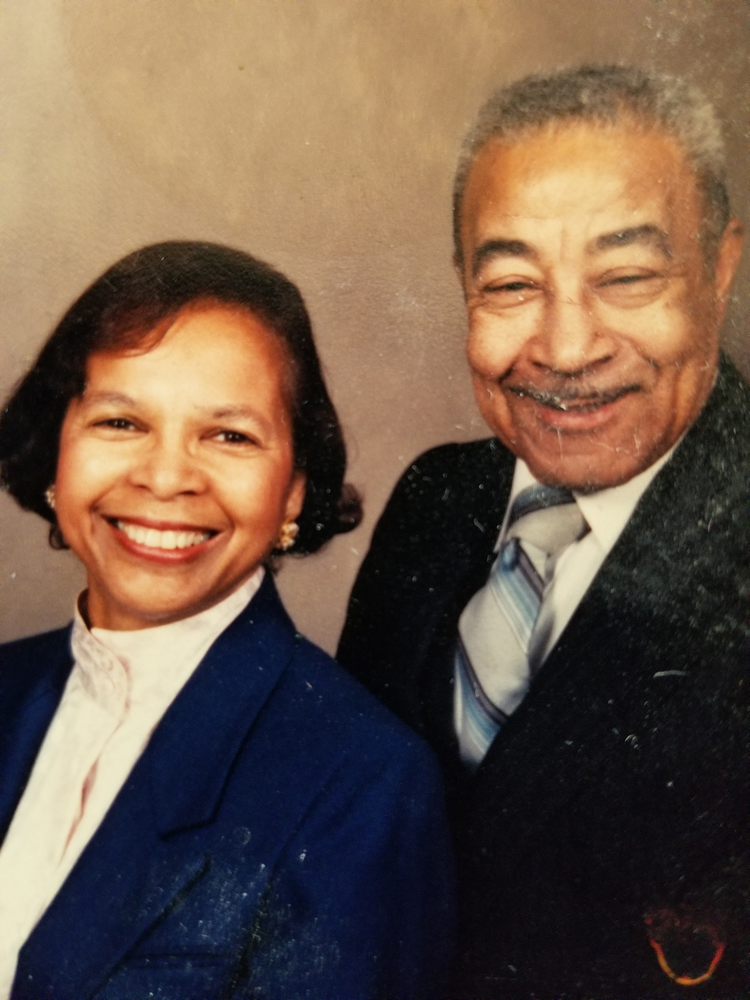 Please share a memory of Bette to include in a keepsake book for family and friends.
View Tribute Book
Bette D. Wallace entered into rest on February 13, 2021 in Rochester, New York. A very bright light has left this and lived a full complete life. Bette the second of three children of David Dunham and Muriel Ebo Dunham in Geneva, New York. She spent her childhood in Batavia where Bette grew up. Upon graduation from Batavia High School, in 1942, Bette attended Rochester Business Institute and received a certificate in Accounting. At her first professional job, at the Large Lumber company, Bette was one of four Black women in Rochester to hold an office job in March 1945. Eventually, she worked for Lawyers COOP from 1964 until 1985. Bette met and married Wilbert 'Will' Wallace, who had moved to Rochester from New Jersey following military service. They remained married until his death in September 1993. Out of this marriage came two daughters, Susan and Janet, and many pets as Bette was a 'pet whisperer' as she was truly loved by many pets, hers and others. Bette's interests were varied; she loved history, reading, sewing, and traveling. She spent many happy hours sewing clothes for herself and her children, making prom gowns, and semi-formal wear. Bette gave much time and love to her church, St. Simons Cyrene, later to become St. Lukes & St. Simons, now known as Two Saints. She taught Sunday school while her children were growing up. Her travels were extensive; Mainland China, Japan, France, Great Britain, Spain, Jamaica, Ivory Coast, and the Holy Land. Bette is survived by both daughters, Susan and Janet Wallace, nephew, Edwin Dunham, three great nieces (one great niece predeceased), two great nephews, one great grand nephew, and six great grand nieces. She is also survived by many cousins that considered her an honorary Aunt and many in-laws. Rest easy, Mom, a life well lived, you set many a fine example.
To send flowers to the family or plant a tree in memory of Bette Wallace, please visit Tribute Store
Saturday
20
March

Look inside to read what others have shared
Family and friends are coming together online to create a special keepsake. Every memory left on the online obituary will be automatically included in this book.
View Tribute Book
Share Your Memory of
Bette
Upload Your Memory View All Memories
Be the first to upload a memory!
Share A Memory
Send Flowers
Plant a Tree